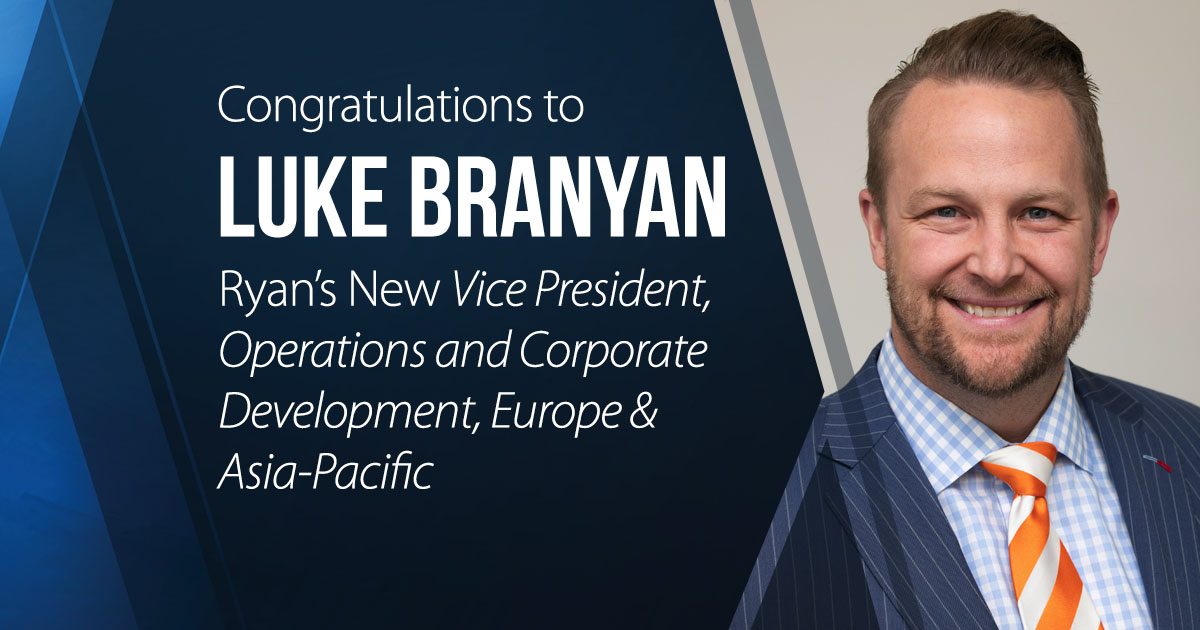 “Luke has played a significant role in Ryan’s North American acquisition strategy and operational excellence. As we continue to expand our client base outside of North America, his leadership will be instrumental in developing our capabilities to manage that growth effectively,” said Ryan President of European and Asia-Pacific Operations Jon Sweet. “His keen understanding of post-acquisition integration will play a critical role in the Firm’s inorganic growth strategy and successful operational expansion in Europe and Australasia.”

The Firm has made significant moves to enhance its international growth, including the recent appointment of Jon Sweet to President of European and Asia-Pacific Operations and the acquisition of France-based VAT Systems in late 2018 (now Ryan VAT Systems), a global leader in value-added tax compliance services.

Ryan, an award-winning global tax services and software provider, is the largest Firm in the world dedicated exclusively to business taxes. The Firm provides an integrated suite of international tax services on a multijurisdictional basis, including tax recovery, consulting, advocacy, compliance, and technology services. Ryan is a seven-time recipient of the International Service Excellence Award from the Customer Service Institute of America (CSIA) for its commitment to world-class client service. Empowered by the dynamic myRyan work environment, which is widely recognised as the most innovative in the tax services industry, Ryan’s multidisciplinary team of more than 2,700 professionals and associates serves over 14,000 clients in more than 50 countries, including many of the world’s most prominent Global 5000 companies. More information about Ryan can be found at ryan.com/europe. “Ryan” and “Firm” refer to the global organisational network and may refer to one or more of the member firms of Ryan International, each of which is a separate legal entity.